This is one of the most important products for the anti-aging for dogs, not just humans. Why? Due to all sorts of ingestions and exposures including pesticides. It should be kept around for all members of the family-kids, too. It’s how to detox your body and your dog’s and kid’s bodies too. This is the acute treatment. We recommend the complete regimen for a complete detox.

FREE shipping on all orders over $150. Delivery in 2-3 business days. 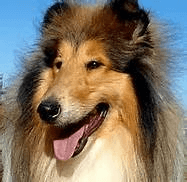 Maximum Detoxification
ACZ Nano is prescribed by leading medical practitioners worldwide. ACZ nano Extra Strength has been shown to increase urinary output of Mercury up to 103,500% over baseline during only 12 hours of post-provocation urine collection.

Highest Absorption
Urinary toxin output is significantly increased as nano zeolite particles are readily absorbed into the bloodstream, providing systemic reduction of body burden. Most oral chelating agents such as EDTA and micronized zeolites, exhibit poor absorption and remain in the gut.

Remove Fluorine and Chlorine
ACZ- nano Extra Strength is the only detoxification product formulated to remove fluorine and chlorine, two of the strongest oxidizing agents known and found in most drinking water.

Remarkable Efficacy
Patient response is very positive and readily discernible. Physicians who prescribe ACZ- nano Extra Strength do so repeatedly as a core component of every functional protocol.